Unless you’ve been living under a rock for the past few months, you’ve probably heard that The Yamazaki Sherry Cask 2013 is Jim Murray’s latest selection for “Whisky of the Year.” In previous years, this distinction has caused quite a stir among whisky fans. This year, that “stir” has evolved into an all-out frenzy. It immediately sold out in stores worldwide and the price in the secondary market is up to 8 times the original MRSP. That’s the hype machine for ya. There’s enough commentary about this expression’s hype and possible overhype on other websites. I prefer to let the spirit speak for itself.

In any case, I was lucky enough to be able to get a sample of this from the good folks at Master of Malt. This is an NAS release bottled at 48% ABV. As you could probably guess, it’s matured in 100% ex-sherry casks. 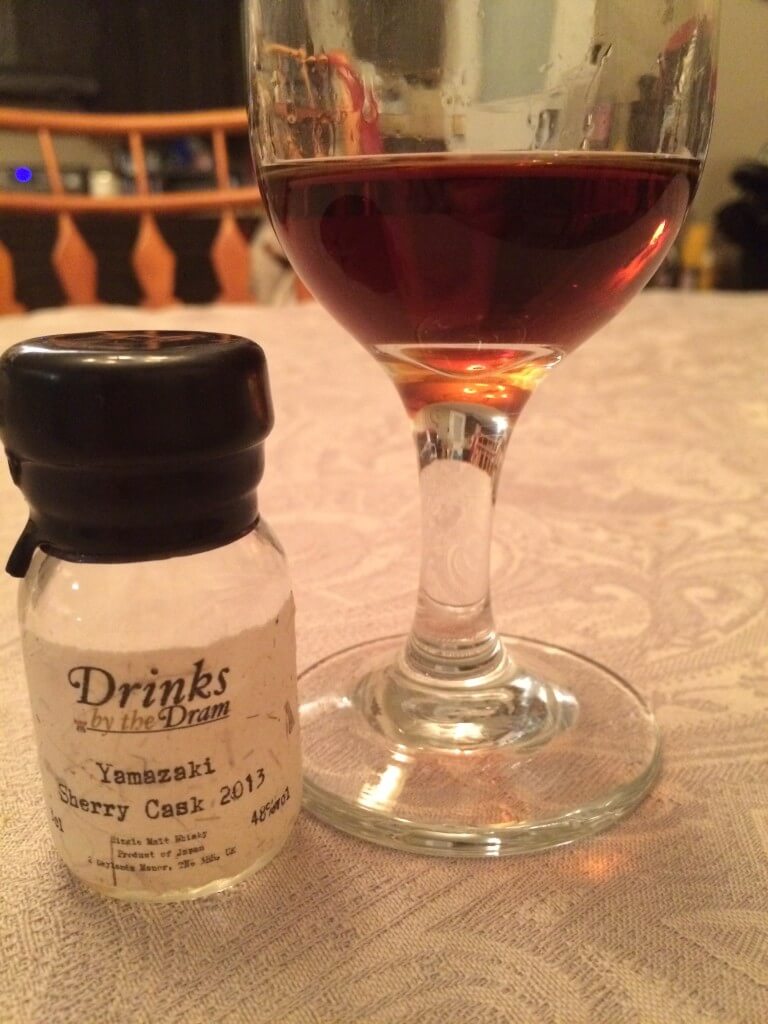 Reviews: The Glenlivet Alpha and Josie...