Diageo’s Orphan Barrel Series has been out for a few years now. Right off the bat, that should get you wondering how it’s even possible that a limited release of “rediscovered barrels” in a warehouse somewhere can continue to get pumped out at in incredible rate (tens of thousands of bottles) year after year. In fact, I find it strange that they number every bottle when I have bottle number 36,438. That doesn’t make it sound particularly limited if you ask me.

Rhetoric in particular is a very intriguing bottling in the series. What started as a 20 year old release continues to age and gets released each year with plans to stop at 25 years old. Several years in, we’re now talking about 24 year old bourbon with a sub-$150 price tag.

There’s very little variance in the market these days when it comes to old bourbon. Everything is oak-driven. Apparently, the more oak, the better. It sort of reminds me of the peat arms race happening in Scotland. When done right, the result is an incredibly complex and layered whiskey. Here’s the problem: GOOD old bourbon is rare. And I’m not just talking about rarity due to age. The warehouse conditions and climate in Kentucky are very different than those in Scotland, where lengthy maturation is easier due to cooler temperatures and less drastic fluctuations in conditions. In Kentucky, the interaction between the spirit and the oak is much more pronounced. Throw in the fact that bourbon has to be matured in new oak and we have a recipe for quick maturation times that can easily get out of hand if you let the whiskey age too long. This is why you can get some really good bourbon that’s only 4 years old. At 20 years, the oak is often way too overpowering. Heck, even mid-aged bourbon (12-18 years) is sometimes aged a few years too long if you ask me.

Back to Rhetoric. The barrels are reportedly from the old Bernheim Distillery. 90’s Bernheim distillate was highly sought after and resulted in many excellent releases. Here’s the problem. The 90s is a long time ago if we’re talking bourbon. It’s possible that this stuff was vibrant and full of depth at 10-12 years old. If that were the case, though, someone would have bottled it a long time ago? How do we salvage sub-par bourbon? Keep aging it to mask the inadequacies with oak. Then water it down to about 90 proof so it’s harder to pick out some of the flavors.

I went into this with as open of a mind as I could but all the signs pointed to a modern, overoaked wood bomb. Was I right? 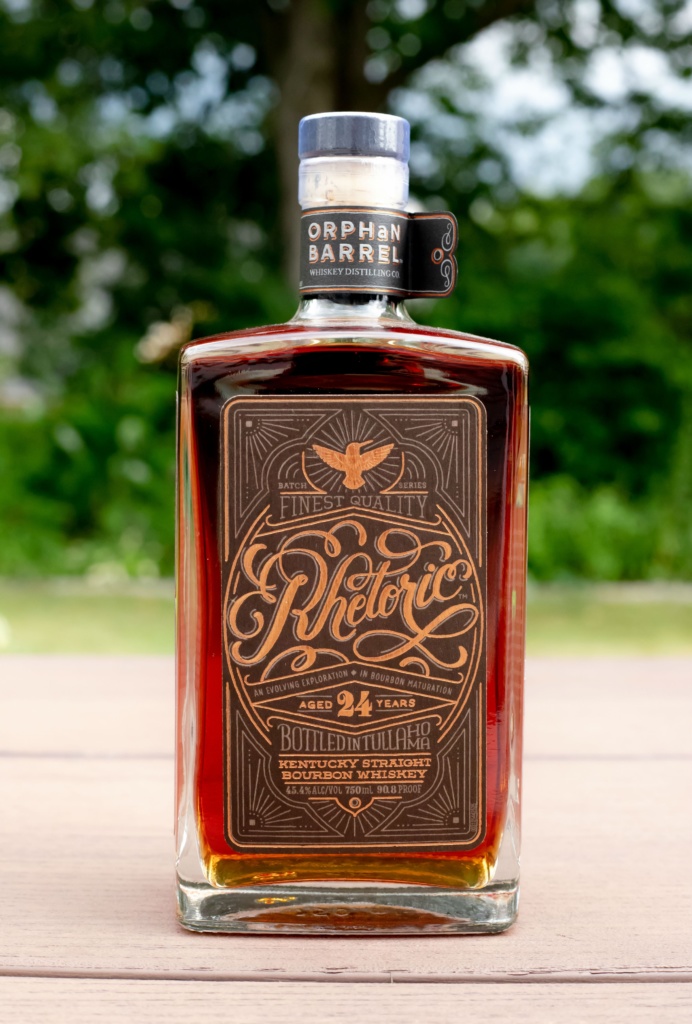 Bourbon – Where Do We Go from Here?