What’s the deal with Karuizawa?

Karuizawa, better known as “Japanese Gold” in my house, is that awesome Japanese distillery that closed in 2000. Sometime around 2012, some folks on the internet decided that Karuizawa was the best brand and starting scooping it all up. Naturally, prices immediately skyrocketed anywhere from 10-25 times the original retail price depending on the release. What exactly makes this distillery so great? On the surface, they have all the makings of a bonefide rockstar brand. For starters, they only used UK Golden Promise barley, a staple of some of the best single malts in Scotland. They also used their own water source along Mount Asama adding a touch of unique terrior. Finally, the almost always matured in Sherry butts, a favorite among consumers these days. But what makes this stuff better than what you can find in Scotland? Nothing. Honestly, there are comparable Scottish malts out there. But Karuizawa continues to make waves so it’s time to explore a bit.

Unlike many of the single casks Karuizawa releases, Spirit of Asama was created from 77 casks filled during the final two years of the distillery’s production (1999 and 2000). Let’s get to the notes! 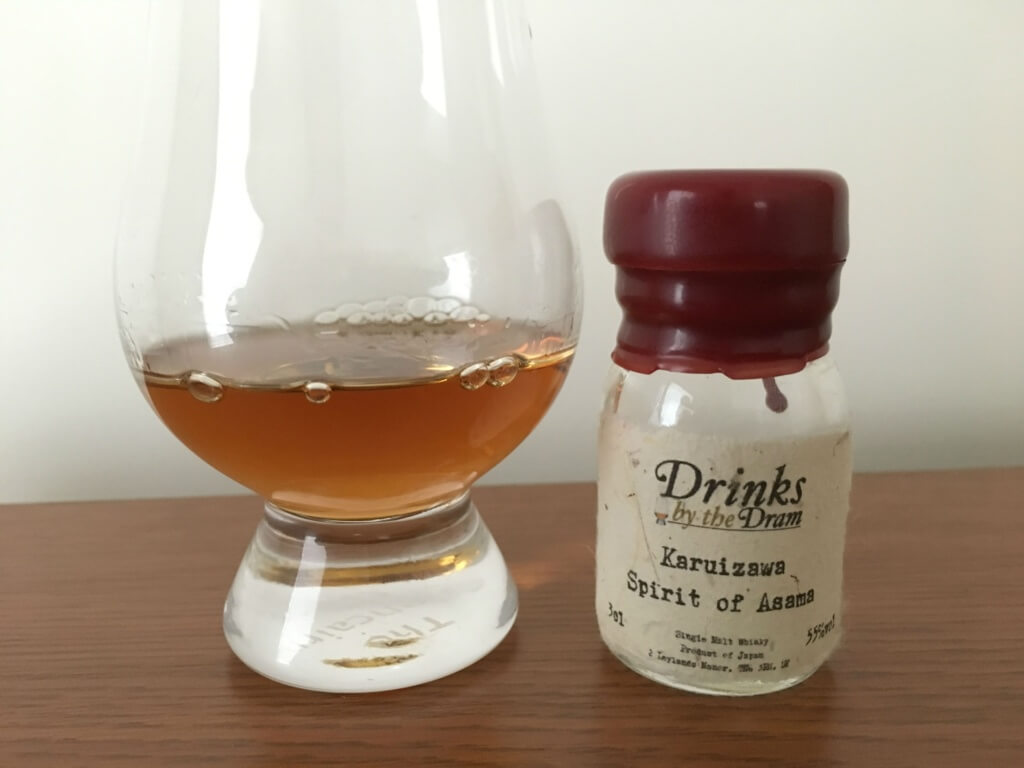