Dr. Bill Lumsden is an amazing guy. For all that he has accomplished, he is always experimenting with new ideas. Glenmorangie Astar is the practical application of a “back to basics” approach. What is Astar? It’s Glenmorangie’s 10 year old base spirit but it’s matured in “slow-growth” oak from the Missouri Ozarks, it’s non-chill filtered, and it’s bottled at cask strength. Ok, so it’s the amped up version of their entry level malt. How much of a difference could that make? As it turns out, the differences are so great that Astar commands a pretty penny on the secondary market.

Glenmorangie Astar is the “Private Edition” that never was. Despite being a one-time release, it’s technically not a part of the same private release line that saw the likes of Artein, Ealanta, Companta, and more. That gives me tiny shreds of hope that someday, they’ll bring this release back. There are no special finishes or long maturation periods. In fact, Glenmorangie would arguably have to do LESS work to release Astar compared to Original as they could skip the filtration and watering down process. Sounds like a win to me!

Enough talk, let’s figure out why I like this stuff so much. 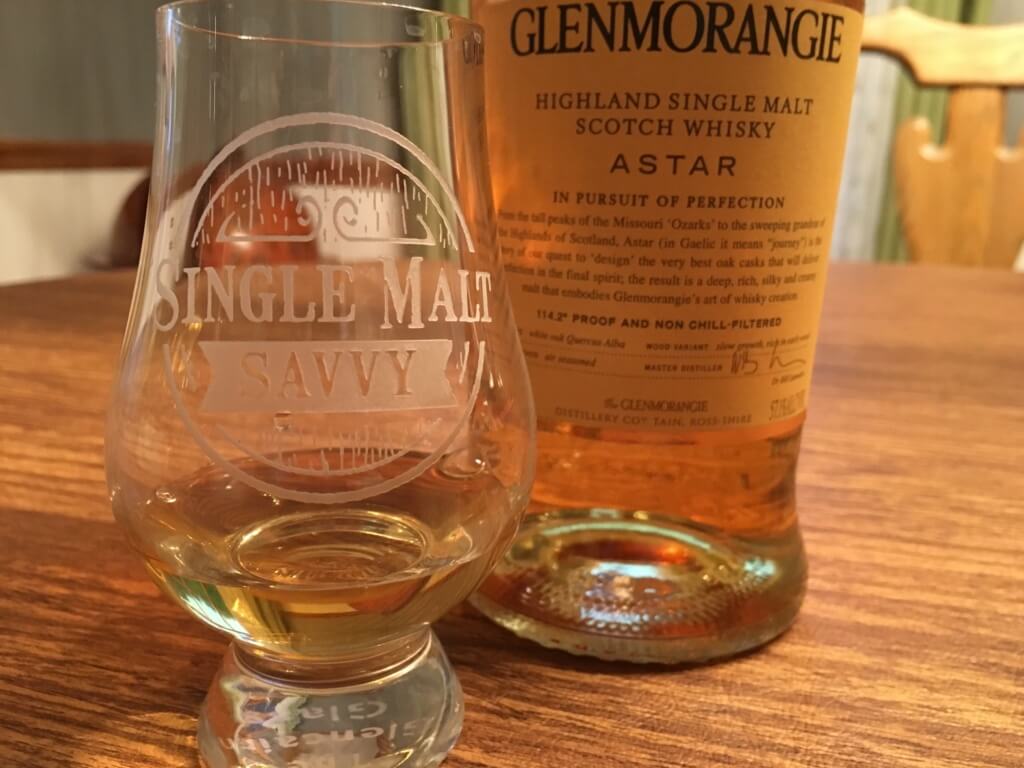