For my next review, I’ll be taking a look at a pair of pretty cool offerings from The Glenlivet that I was lucky enough to try, Alpha and Josie. Both are tough to track down but not impossible to find. I enjoyed both of these whiskies at The Flatiron Room in New York City, which is well worth a visit if you’re in town!

The Glenlivet Alpha got some decent press a while ago as one of the first single malts to be released with no tastings notes or information describing the whisky. It’s presented in a black bottle and is listed at 50% alcohol by volume. Eventually, more details about the whisky were released. Part of this whisky was aged in first fill bourbon barrels and the rest was aged in new American oak seasoned with whisky instead of wine. By that, I assume they mean single malt. I’d be curious to know exactly what went into those barrels first.

There’s no age statement on this, though from some inside sources, I’m quite certain that this whisky is 14 years of age. It’s non-chill filtered and of natural color. 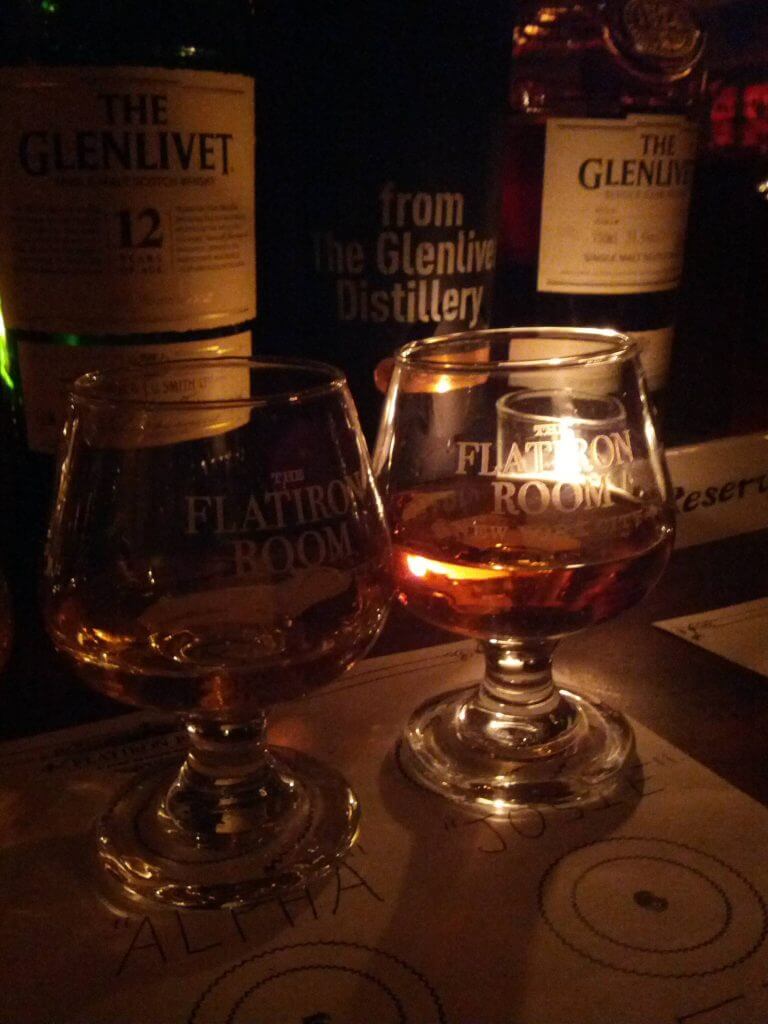 The Glenlivet Josie is a very special bottling that is not available for sale in the United States. Aside from some European websites, they only place I know for sure that you could get this was at the distillery itself. Part of the Glenlivet’s Single Cask bottlings, this is the 10th release of the series and The Glenlivet has been working their way through the alphabet as part of the naming process (The Glenlivet Atlantic followed by Blairfindy, Cairn Daimh, etc.) This release is named for Josie’s Well, the water source for The Glenlivet.

This whisky spent 17 years in first fill sherry butt number 4014 and only 464 bottles were made. It’s bottled at cask strength and is NC2.