Several years ago, there was a three-pack of Old Malt Cask bottlings making the rounds in Connecticut stores. Apparently a store had to buy all three bottles even if they only wanted one. It consisted of a 1989 Glen Ord, a 1980 Linkwood, and a Glen Grant 1977, all bottled in 2004. I came upon a store a year or two ago that had these three bottles collecting dust on a top shelf. I eventually negotiated a deal for the Glen Grant and over the next week or two, ended up scooping up all three bottles at tremendous prices. The Glen Grant was the first one I opened as the final whisky in a tasting event I hosted.

This bottle is from single sherry cask #1105. As always with OMC whiskies, it’s bottled at 50% ABV and is of natural color. 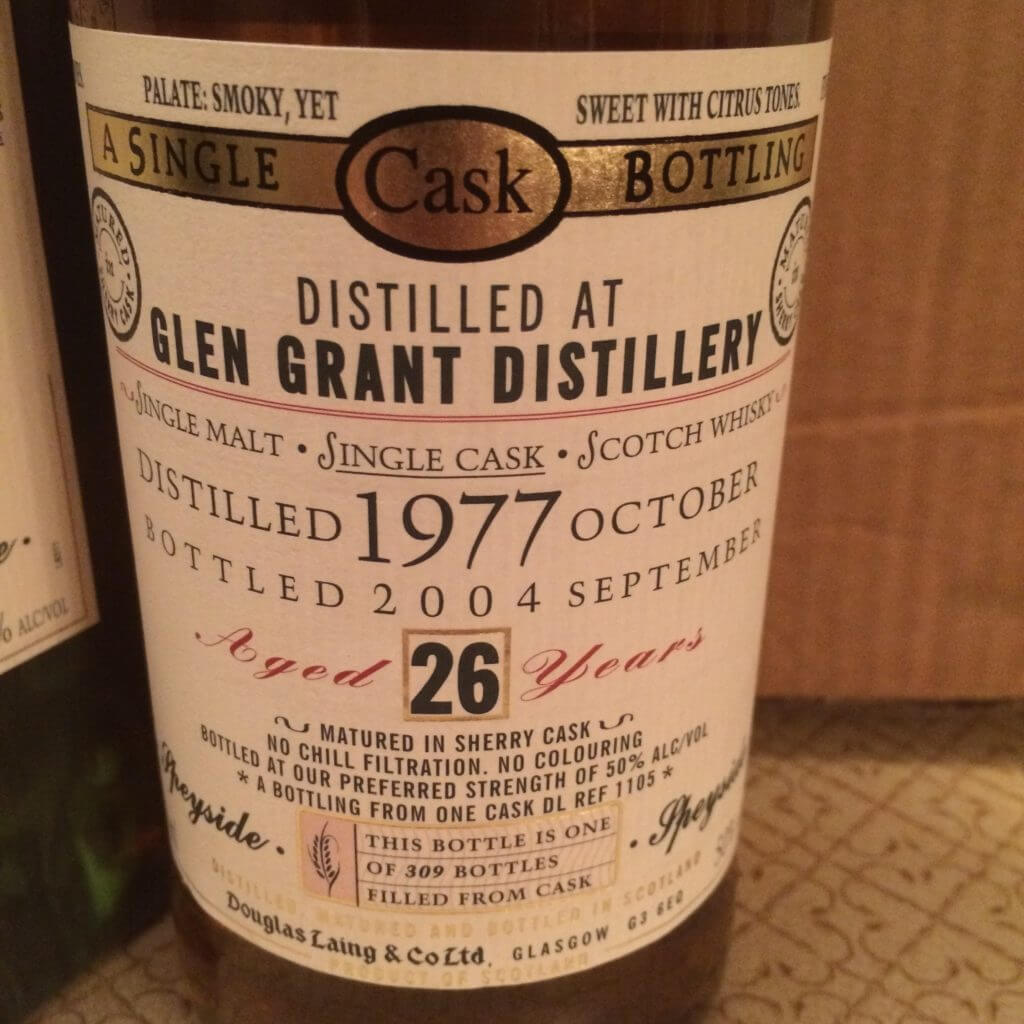