When you think of a “blended Scotch whisky,” what comes to mind? My first thought is a light, young, inoffensive, sometimes hot whisky that generally has mass appeal but is rough around the edges. Most blends are like this because they are cheap and sell really well. In fact, blends were practically the only thing available throughout much of the 20th century. Blends are still a huge part of the industry today because they can be produced and sold for much less than single malts. However, some blends are bucking the trend and trying to compete with single malts in terms of flavor and quality. Compass Box is at the forefront of that movement.

Today I’m reviewing The General by Compass Box. It’s not often that a blended whisky is as highly touted as this release so it must be for good reason.

Unlike normal blends that are made up of a bunch of aged single malts and grain whisky, The General is comprised of two “parcels” of whiskies that were blended together, THEN aged. One of the two parcels was aged in ex-sherry for 33 years and the other was rumored to be aged in ex-bourbon for 40 years. Of course, officially stating that 40 year age would be a big no-no by the SWA so it’s just a rumor, guys *wink wink*. Blend these two blends together and you get The General.

Can a super old blend stand toe to toe with some of the best single malts out there? Let’s find out! 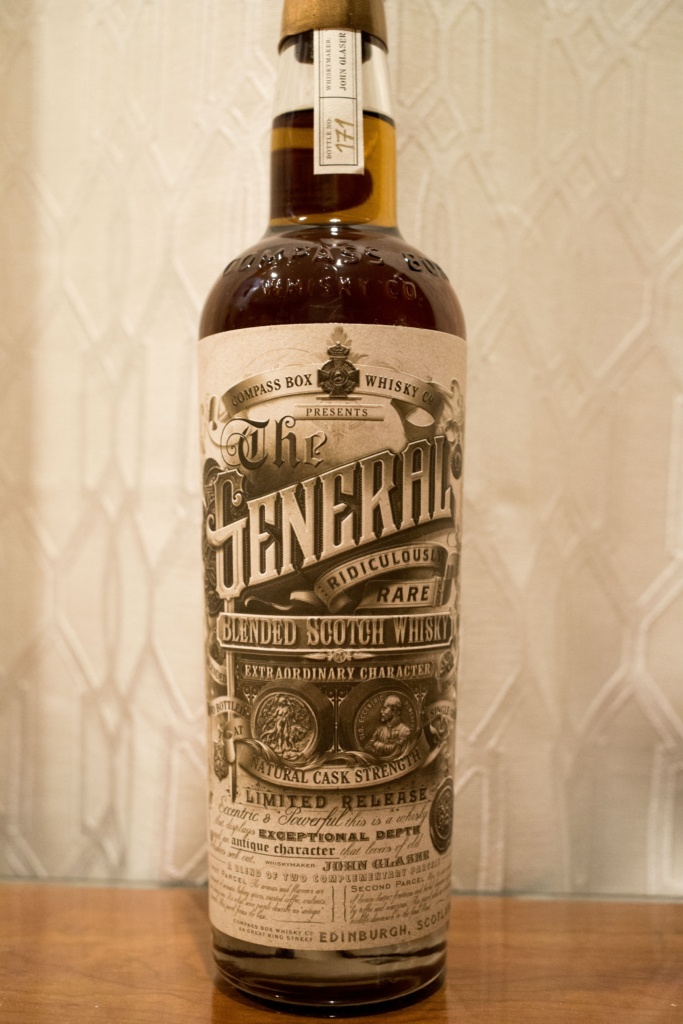