In my last review, I mentioned that Benrinnes really does two things well: cask strength and heavily sherried. Well, it doesn’t get much more cask strength and heavily sherried than the Diageo Special Releases 2009 edition of Benrinnes 23 Year. This was the first OB release of Benrinnes in a very long time and it’s apparent that they have a decent amount of well-aged stock in their warehouses. It’s hard to stomach that so much output from Benrinnes was simply blend fodder for so many years. Luckily, increased awareness and demand of the brand is making for more releases as a single malt.

In any case, this is a highly popular but very polarizing release. Some people think it’s over the top with oak. Others think there’s an off-putting sulfur note. Others still think it’s one of the best releases of any distillery in recent history. What did I think? 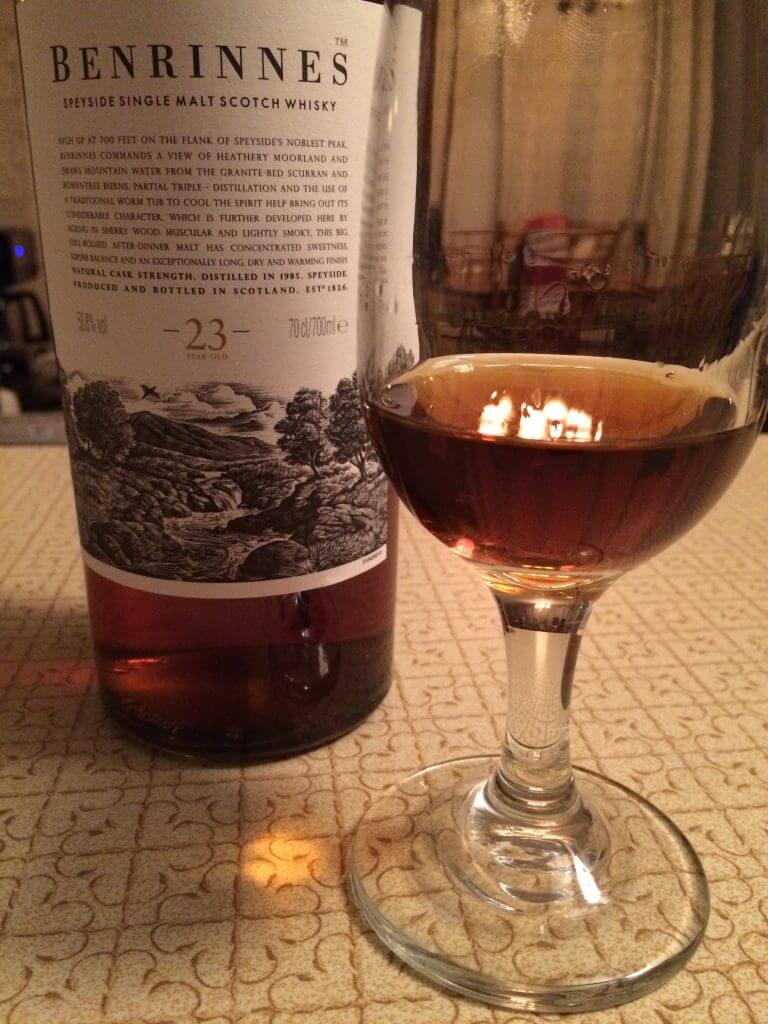