Balvenie Doublewood was my gateway whisky. It was the bottle that made me realize how good a single malt could be even with a beginner’s palate. Aside from its place in my own personal history, the Doublewood line is a big part of whisky history in general. Double cask maturation wasn’t really a thing before David Stewart decided to take his whisky out of one type of cask and put it into another. At the time, it probably seemed like a lot of work just to move the liquid around for a few months before moving it all again to bottle it. Fast forward 25 years and what was once a novelty is now commonplace.

Double cask maturation is a great way to add depth to a whisky when done right but it comes with its drawbacks as well. I’ve seen plenty of subpar single cask whiskies go into a first fill sherry cask for a few months to essentially “put lipstick on a pig.” The result, of course, it a one-dimensional whisky that hides the inadequacies of the original maturation. But I digress.

Balvenie Doublewood spawned a whole new way of thinking when it came to maturing whisky and for that, the whole world thanks you. To celebrate the 20th anniversary of Doublewood in 2013, The Balvenie released a new 17 year old big brother. The 17 Year Doublewood is quite literally the black sheep of the family. The cardboard tube and label are a very dark shade of maroon compared to the cream color of the rest of the range. Of course, let’s not judge a whisky by its label. How much of a difference does five more years make? That’s half a decade more of maturation so one would expect this to be noticeably different from the 12 year. Let’s see how different. 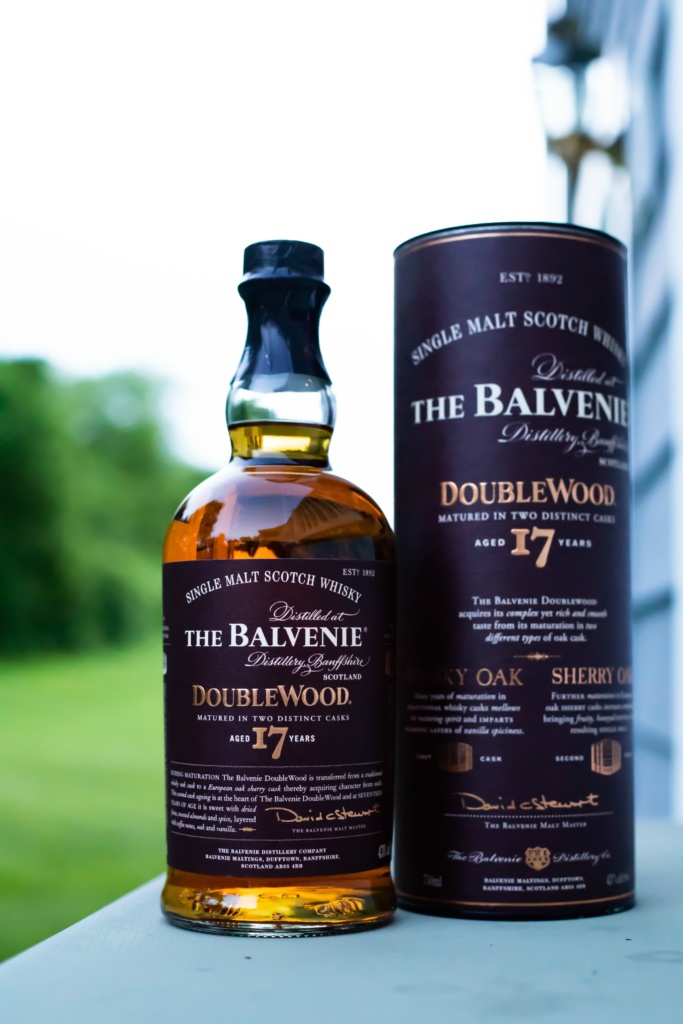