Auchentoshan is an interesting distillery. One of the few Lowland region distilleries left, Auchentoshan uses a complex triple distillation method to produce its whisky.

A few years back, the “NAS but Cask Strength” movement was just getting into full swing. Macallan Cask Strength and Aberlour A’bunadh were already staples, but bottles like Valinch and Glenmorangie Astar were starting to make waves. In fact, Valinch and Astar have a lot in common as they are both the “grown up” cask strength version of each brand’s entry level malt. In the case of Auchentoshan, Valinch is the cask strength version of Auchentoshan Classic, an NAS entry level malt that I bought a few times for 28 bucks a bottle. Not too shabby but you get what you pay for. It was light, inoffensive, but didn’t bring much complexity or tons of flavor to the mix. Cask strength and NFC can usually fix that. Like Classic, Valinch is matured entirely in ex-bourbon casks.

This release is named after the large pipette used to draw whisky from a cask. Makes sense for a cask strength release. This is also the very first whisky created by Jeremy Stephens who had just become the master blender of the Morrison-Bowmore group at the time. The 2011 version of Valinch is bottled at a natural cask strength of 57.5%. A 2012 version was released the next year before the idea was surprisingly dropped all together after that. Like Macallan Cask Strength and Glenmorangie Astar, maybe it will see a return soon? I can’t remember exactly but I don’t think I paid more than $60 for this when it was released. Sounds like excellent value to me. 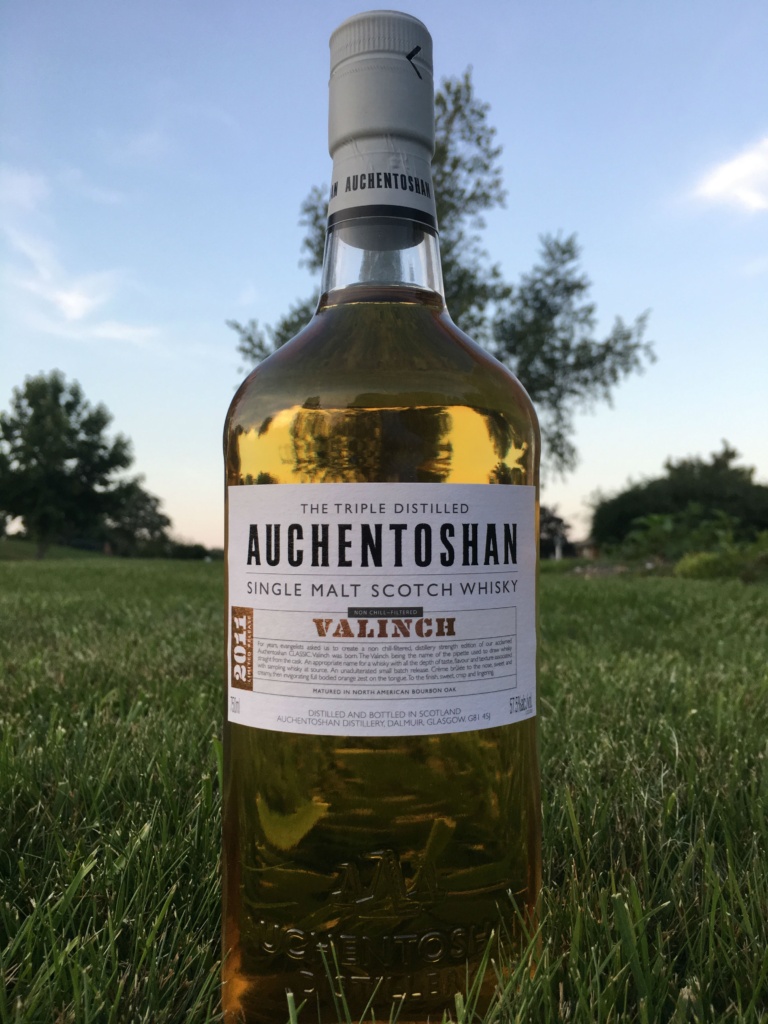