I don’t want to say I called it in my last post, which was a review of Glenmorangie Astar, but I TOTALLY CALLED IT. 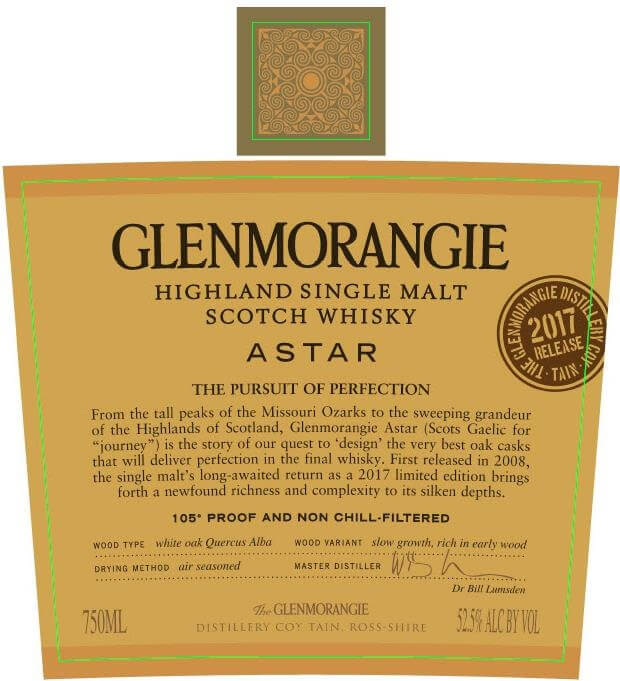 According to the TTB, it looks like there was a recent label approval for a new Glenmorangie Astar 2017 release. The highly regarded whisky, first produced in 2008, might finally be making a return after a decade-long absence. It my last post, I commented about how Astar was an easy choice to bring back compared to some of the other one-off Glenmorangie releases. It’s a grown up version of their baseline “Original” and requires no special finishing periods or multiple cask types. Sounds like a win for everyone involved!

TTB approval isn’t always a guarantee that a release is hitting US shelves, but hot damn does it give me hope!

Review: Glenmorangie A Tale of Cake