Our minds are really good at influencing our perception of what we’re drinking. Take the example of a group of wine critics drinking a glass of $100 wine next to a glass of $10 wine. They couldn’t stop talking about the complexity, aromas, and taste of the expensive wine compared to the cheaper glass only to later learn that it was the same wine in both glasses.

Drink a 30 year old single malt or a bottle valued at $10,000 and your mind will elevate the experience no matter how hard you try not to let it influence you. I drank a mystery single malt scotch blind and gave it a respectable 89/100 score only to later find that it was a Glenfarclas Family Cask distilled in 1958. That 89 would have been a 95 if I knew that ahead of time.

We all know the story and hype behind the Van Winkle brand of bourbons including Pappy Van Winkle, a brand that has seemingly become a household name. Even non-whiskey drinkers have heard of Pappy and know it as the best bourbon out there. Over the years, the source distillery for this brand has shifted initially from the last barrels of Old Boone (Wild Turkey) to wheated whiskey from Stitzel-Weller to the current Buffalo Trace distillate. The bourbon has changed source multiple times but all people seem to care about is the name. A marketing campaign well done to say the least.

The two youngest bottlings of the line aren’t Pappy at all. They are completely different brands. Old Rip Van Winkle (ORVW) 10 Year and Van Winkle Special Reserve (Lot B) 12 Year aren’t Pappy yet they’re treated just the same because of that Van Winkle branding. With secondary market inflation, a $50 bottle of bourbon now sells for $400. If someone is spending that much on a bottle (and I’ll never understand why), you better believe that their tasting experience is going to be influenced heavily by their perceived value of what they’re drinking. This bourbon boom has influenced related products as well including value brands like the Weller line. Old Weller Antique 107 is all the rage and Weller 12 Year is nearly impossible to find.

There are arguments amongst bourbon enthusiasts that ORVW 10 Year isn’t much better than Old Weller Antique and that Lot B is simply a more expensive Weller 12 Year with a different label. My goal for this experiment was to determine which side of that argument I was on in an unbiased tasting. My tasting partner and I each tried a blind sample of ORVW 10, Lot B, Weller 12 Year, and Old Weller Antique side by side. We had no idea which one was which until the end. The results were fascinating to say the least. 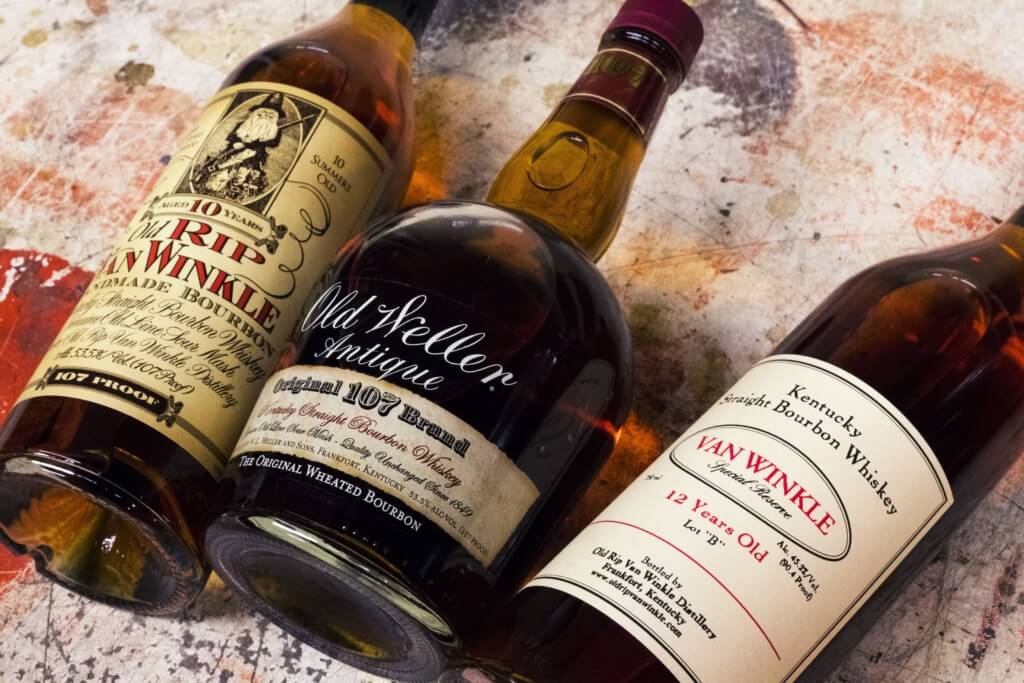 Not pictured: Weller 12 Year because the damn bottle is harder to find than Pappy these days.

Well, another great experiment is in the books. Did the results surprise you? Do you agree with my assessment? Was I way off? Let me know in the comments!

The BTAC Hub is Live!