Welcome to the inaugural experiment from the Single Malt Savvy Laboratories.

When The Balvenie released their 15 year old Single Sherry Cask in 2014, I soon realized that they afforded me the ability to do a very interesting experiment. A great number of standard OB whisky releases are made up of a percentage of ex-bourbon cask whisky vatted together with a percentage of ex-Sherry cask whisky. As consumers, we don’t have much say in what goes into each release. In this case, however, I was able to take matters into my own hands and answer a very intriguing question: What’s the best proportion of ex-bourbon to ex-sherry Balvenie?

To start, I opened two sealed bottles of Balvenie: a bottle of Single Sherry Cask 15 Year (Cask #4443) and a bottle of the now-discontinued Single (refill) Barrel 15 Year (Cask 15239). I created three samples in 2 oz. bottles. The first was 75% Bourbon to 25% Sherry. The second was an even 50/50 split. The third was 25% Bourbon to 75% Sherry. I let these new creations sit for 10 days to marry before tasting. To gain some additional perspective on this experiment, I invited my brother (and partner-in-crime) to help me taste these three new creations along with a sample of the unblended 100% Bourbon and 100% Sherry releases. 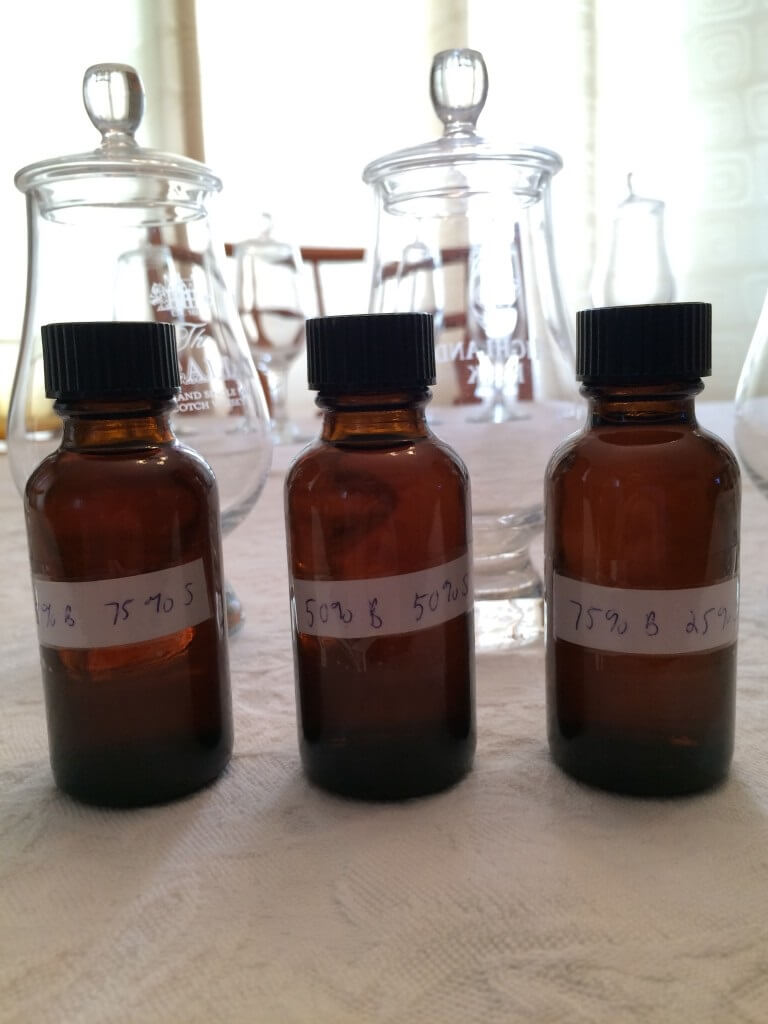 One other thing to note: these were never designed to be full reviews. The notes listed are merely comparisons between the 5 different samples. I scored all 5 but won’t be including these scores in this post. With that out of the way, on to the notes!

Takeaways from this experiment

There you have it. Depending on who you ask, either a 50/50 split or a 75% sherry proportion is the “best” combination for The Balvenie. I wonder what would happen if we split the difference and tried a 60-65% sherry blend. I think it’s interesting to note that the only Balvenie releases I know of that definitely have this level of sherry proportion are the absolutely stellar Tun 1401 releases. Coincidence? Maybe, but it’s worth mentioning. Thanks for reading!