Glenfiddich “One Day You Will” Summit: Part 3

Click here for Part I or Part II of the Summit recap.

The third and final part of the Glenfiddich “One Day You Will” Summit actually gave us a break from whisky drinking as we came to a close on a once in a lifetime experience.

Our final morning’s session took a very different approach. It was hosted by The Future Laboratory, a marketing/analytics firm and the co-sponsor of the summit. The goal of the session was to generate new ideas and solutions to big problems. We split up into groups based on a series of questions that determined our personality types. We talked about problems facing the world in the next decade as well as innovative new ideas and products coming out in the near future. We wrote all our thoughts down on big sheets of paper and had people from other groups look at our ideas to add their own input. It was a nice low-key event to get us thinking after the previous night’s festivities. I really enjoyed it very much. After a quick lunch, it was almost time for the summit to come to a close.

Before everyone departed and went back to their respective countries, they had one more small event for us. We were taken to a warehouse that we hadn’t seen on the tour (Warehouse 8). Once again, no cameras were allowed inside. Once inside the warehouse, we’re all standing right in front of the giant Solera vat used to make the Glenfiddich 15 year old. We got a chance to peek inside and let me be the first to say that it’s an absolutely heavenly smell. They thanked us for being a part of the summit and had a little going away present for us. Since the 18 year American oak cask was the favorite from the previous day’s tasting, Brian Kinsman went on a hunt overnight for an 18 year old American Oak barrel and they bottled the contents. There were 50 bottles for the guests and staff that put on the event, all hand signed by Chairman Peter Gordon himself and of course, never to be offered again. I got number 18/50, for 18 years old 🙂 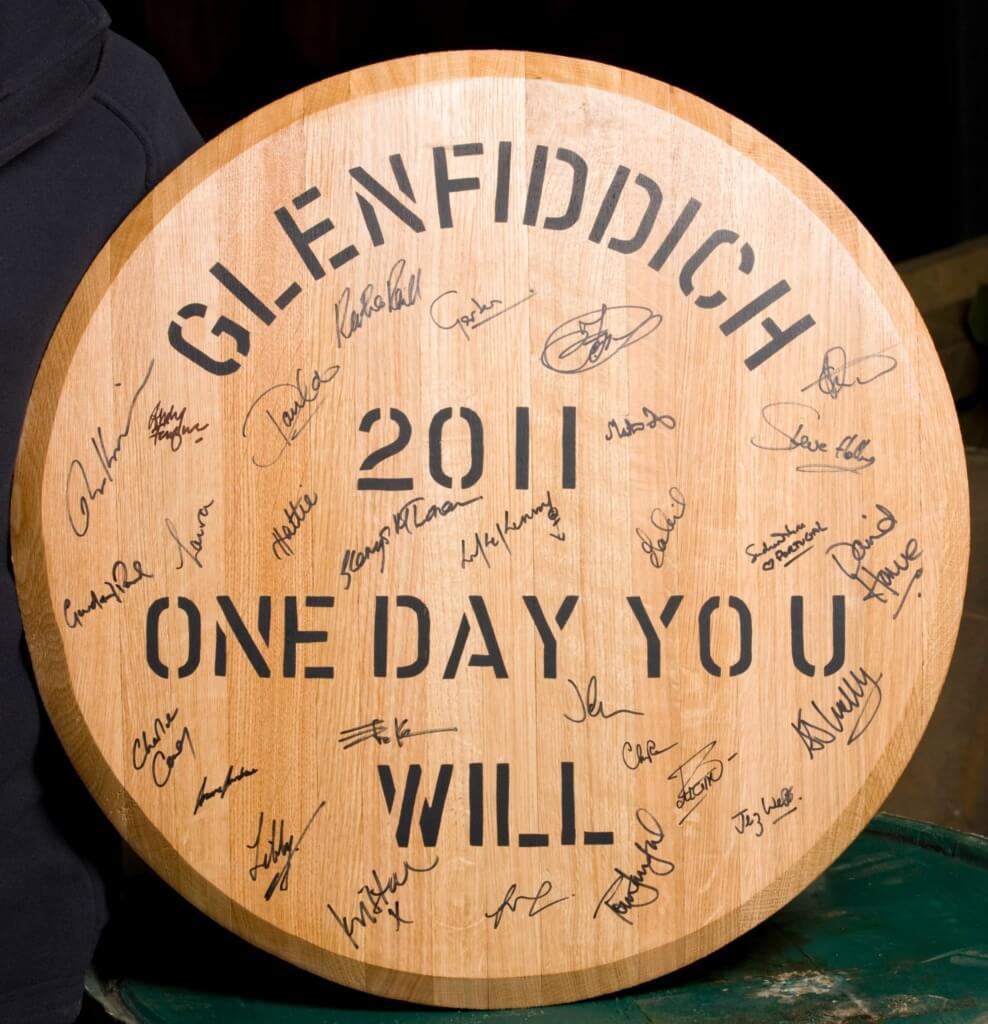 We all signed the special cask end.

The event ended and while most people had trains and planes to catch, I talked my way into an extra night at the hotel. My Canadian friends had done the same, so we decided to take a ride about 15 minutes north of the hotel to Lossiemouth to see the coast. The beach was absolutely beautiful and we spent a few minutes admiring the North Sea before walking around some of the shops. By this point, we were all pretty whiskied out so we grabbed some domestic drafts at a nearby pub before we were picked up and brought back to the hotel.

We asked for an authentic fish and chips experience and the hotel staff pointed us to a place only a few blocks away. While we were there, Eben (the mixologist from the event) just happened to walk in at the same time. He sat down and chatted with us for a few before taking his order with him (he had another meeting to get to later that evening). He told me I should check out Gordon and Macphail the next morning as their whisky selection was insane (the store closed at 4:00 in the afternoon for some reason). Eben was also gracious enough to design the signature cocktail for my wedding once he learned that we were exactly one year away at the time. (As it turns out, the cocktail was an absolute smash hit at the wedding. Thanks again!) We explored the town a little bit before heading back to the hotel. I got to bed and got a semi-decent night’s sleep for the first time all week.

My last morning in Scotland was a short one as I was getting picked up from the hotel at 11:00 a.m. to catch my plane. I packed my bags only to find that both my suitcase and carry-on were completely and utterly full of whisky and other gifts that I bought for friends and family. I wanted to check out Gordon and Macphail anyway just to see the selection they had. When I got there, I learned that they had an entire whisky room, filled wall to wall with seemingly every whisky that’s ever been made. In a glass display in the center of the room was the Gordon and Macphail Glenlivet 70 year old, selling for a mere 13,000 pounds. I was afraid to even look at it the wrong way. I assume that you break it, you buy it. Their selection included a HUGE supply of whisky miniatures, so I picked up a few of them knowing that a full-sized container simply wouldn’t fit in my suitcase. After squeezing those last minute bottles into the suitcase, I checked out and was on my way to Aberdeen Airport.

When I arrived at Heathrow, I picked up a few duty-free exclusive bottlings as well as a bottle of Glenlivet 21 that was MASSIVELY discounted. My bags were so heavy at this point that my arms almost gave out by the time I reached the gate. Upon entry to the US, I was a bit concerned about customs considering that I had SO much alcohol with me. The customs officer didn’t ask me a single question and barely even looked up from what he was doing. He just waved me through. How’s THAT for national security? USA! USA! USA! 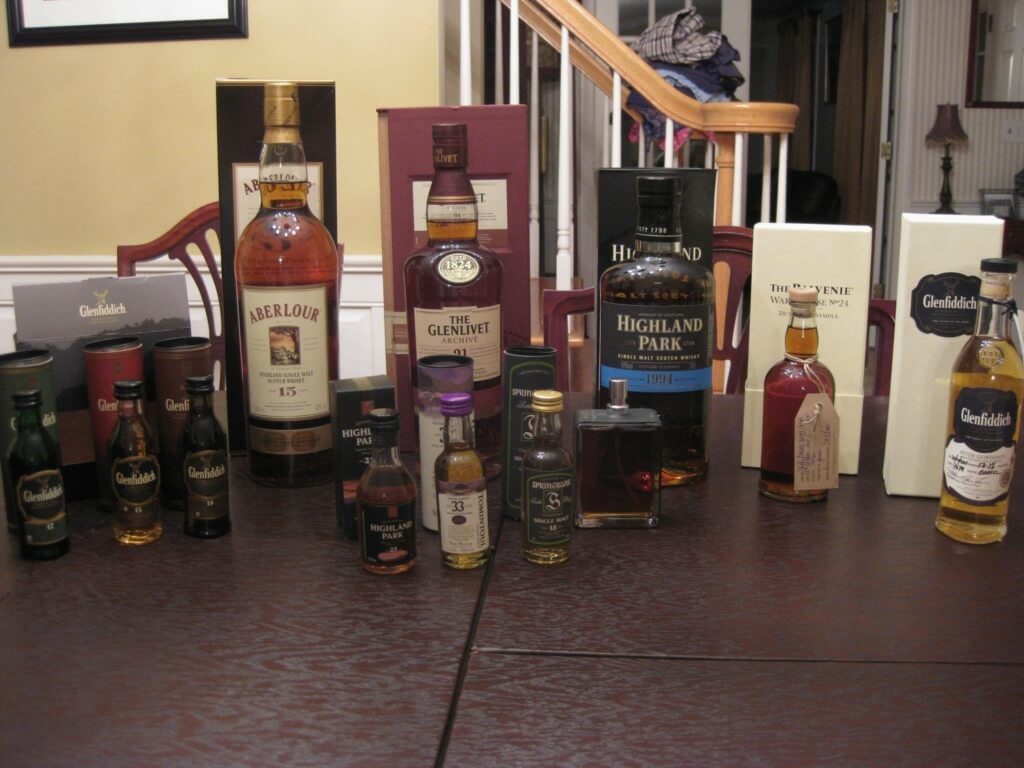 Obviously, this was a once in a lifetime opportunity that I will NEVER forget.