Glenfiddich “One Day You Will” Summit: Part 1 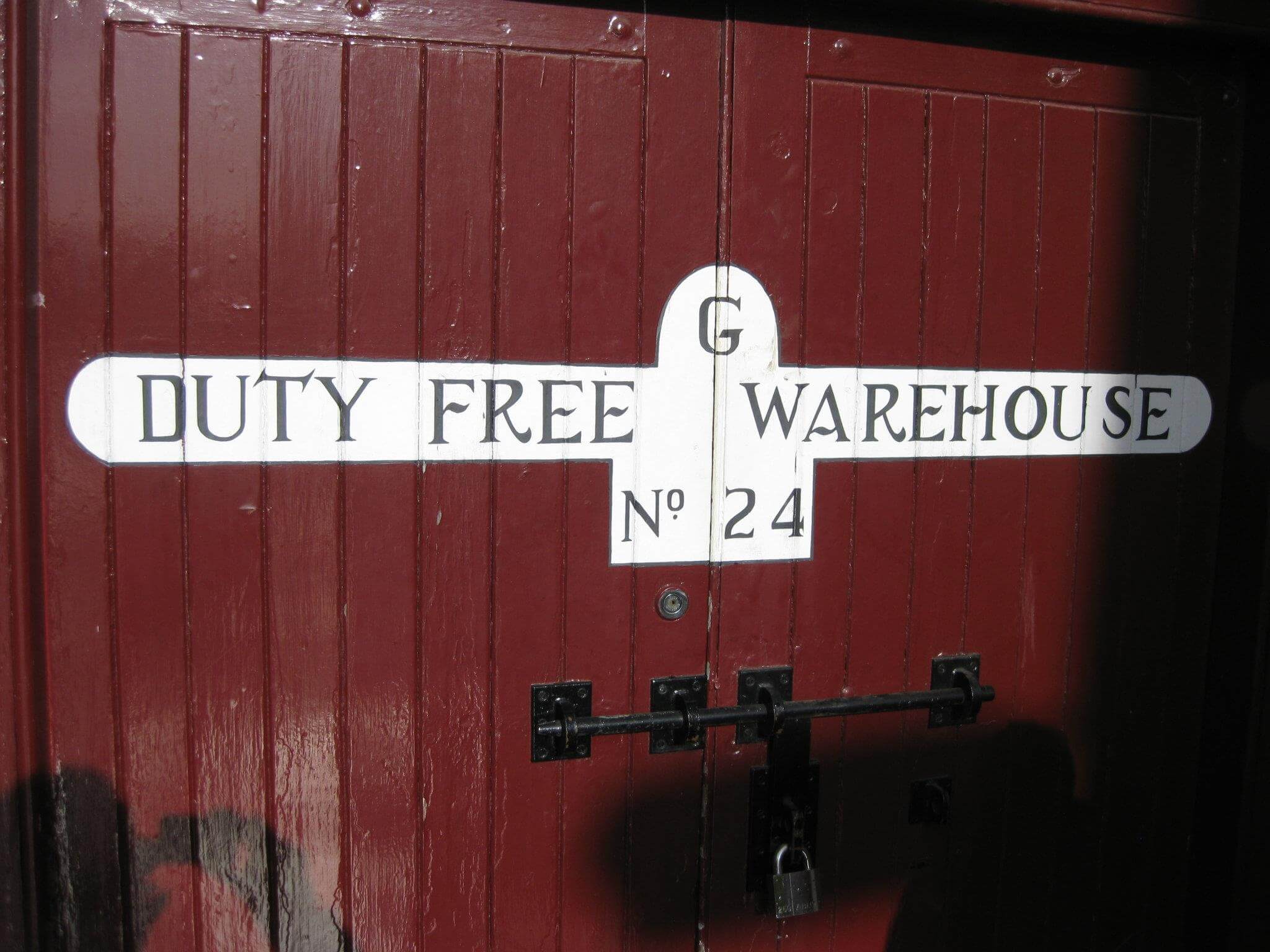 In October of 2011, I won a contest and was invited to one of the most amazing whisky events I’ll ever be a part of. I spent a week as a guest of Glenfiddich as a part of their “One Day You Will” Summit. For a relatively new (less than 5 years at the time) whisky aficionado, the experience turned out to be more amazing than I ever could have imagined. Here’s part one of the full recap I wrote upon my return home.

After about 16 hours of travel (including a wonderful 5:30 a.m. – 11:00 a.m. layover in London and the hour’s drive from the airport to the hotel), I arrived in Elgin just in time to crash in my room for a few hours. I woke up about 7:00 pm local time and went downstairs to have dinner in the hotel restaurant. It was relatively empty, which is probably pretty standard for a Monday night. Towards the end of the meal, I asked the waitress how many people they were expecting for the event this week. She said there’d be about 20-25 people staying at the hotel for the event at which point one of the three other people in the room said, “I’m one of them.” The guy invited me over to the table where he and his wife were sitting and we got to know each other. They were from Canada and it was nice to have someone else from North America to talk to.

Around 10:00 that evening, a bunch of people with Glenfiddich-branded jackets walked in. We invited them over to the table and got to spend a few hours with them before the other attendees from the UK arrived the next morning. Among the people we met was Brian Kinsman, the brilliant malt master for Glenfiddich. They bought us a few rounds, we got to know each other a bit, and I got to bed by 11:00 knowing that I needed to reset my internal clock for the week ahead. 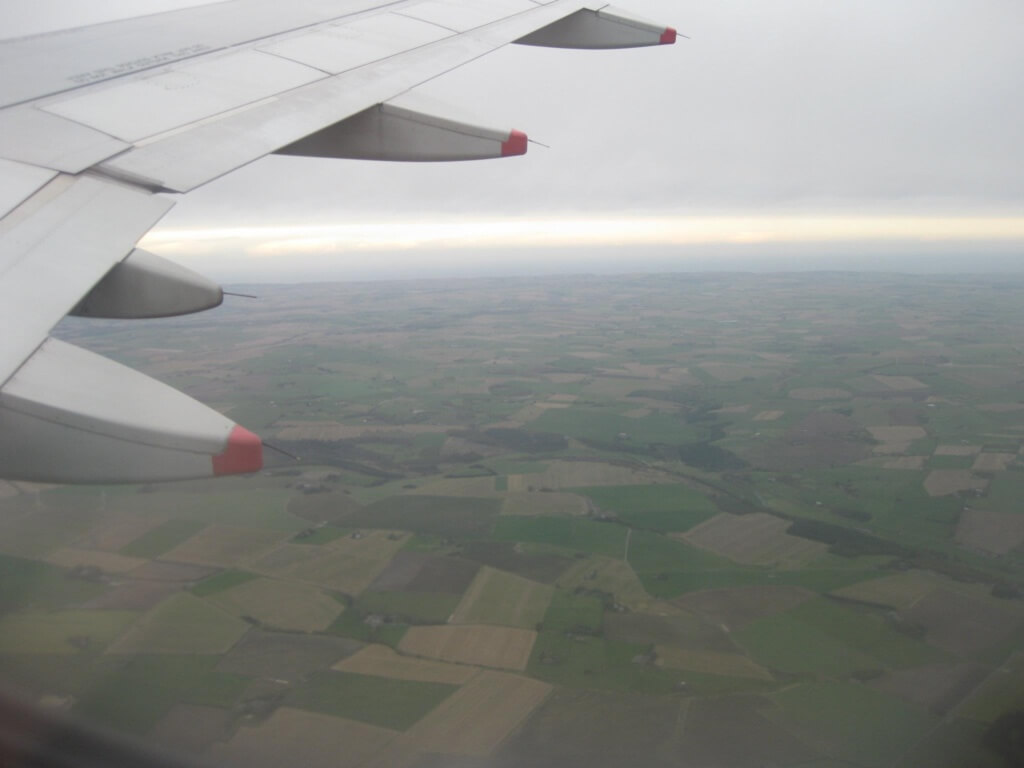 After a nice breakfast, I was ready to go on my private tour of the Balvenie. Since the summit didn’t officially start until that afternoon, I made sure to schedule something for the morning to take advantage of my free time there. I invited my new Canadian friends to join me and after some deliberation, they decided to come along since it was raining out and they wouldn’t be able to walk around town very easily. Our tour was led by The Balvenie Global Brand Ambassador David Mair, who was an incredibly knowledgeable and gracious host while we were visiting. We started with a quick fireside chat and cup of tea (I don’t drink coffee so I really loved all the tea being thrown at me throughout the week). We then toured the distillery and took a look at every stage of the whisky creation process.

Balvenie has their own malting floor, but their own supply only accounts for about 15% of what they use to make their product. The rest is bought from 3rd party vendors. Interestingly enough, all of their homegrown malt is peated during the drying process. Pretty surprising, considering the very sweet and unpeated taste of their core range. We checked out the mashtuns and the washbacks and did some quick tastes of various stages of fermentation. We then checked out the stills. It’s amazing how much spirit is flowing through those tubes at any given time. We then went to the cooperage and saw them building some barrels. We were lucky enough to be there when they were recharring a barrel. The process only takes a minute or two. It was really cool. 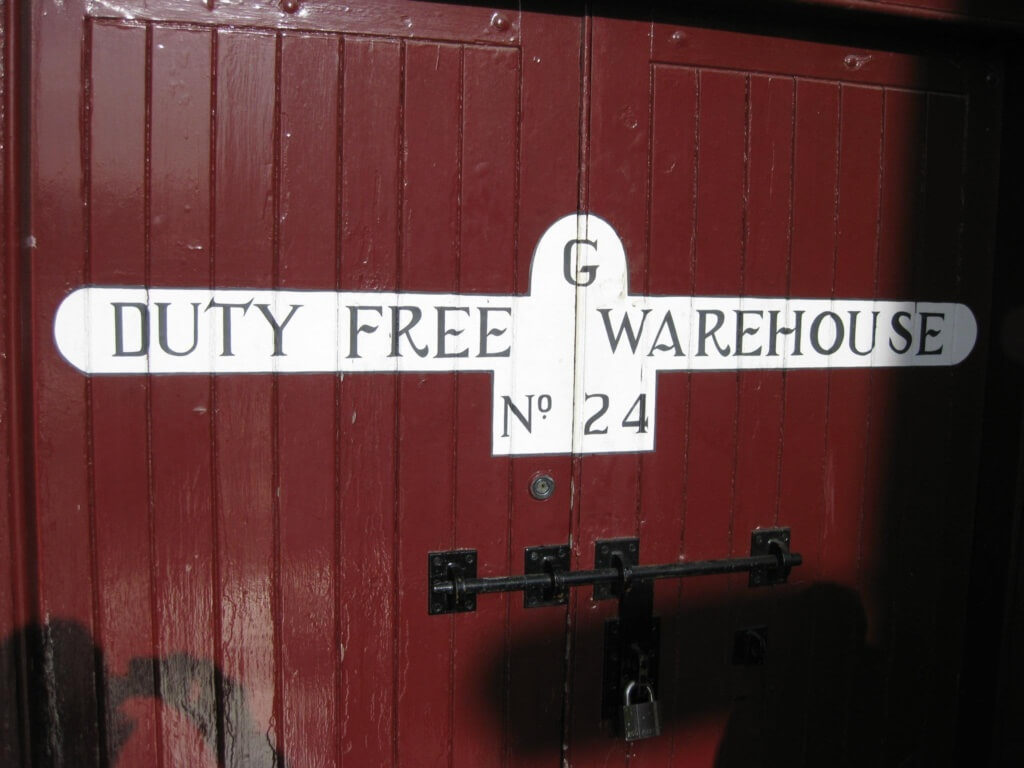 Where the magic happens. Also, the greatest smelling place on planet earth.

After that, we went back to the office for him to get a key. He took us to the famous Warehouse 24. Just inside the main entrance to the warehouse was Tun 1401. We gave a quick taste of Batch 5, which contains barrels mostly from the 1970s. Fantastic! We then went downstairs where there were three open casks ready and waiting for us. We were going to get to bottle our own Balvenie straight from the cask, but first we had to decide which one we wanted. Our choices were a 14 year old Spanish Oak (Sherry), a 13 year old American Oak, and another American Oak aged either 12 or 13 years. David Mair looked around and said, “Well, we don’t have any glasses down here right now, but you all have hands.” He literally poured spirit from each cask into our cupped hands to sample! The Sherry Oak was my favorite so I dropped the copper “dog” into the barrel and let it fill up before emptying it into my bottle.

When we were done bottling, we went back to the office for a tasting of the Balvenie range. This included the 12 year Signature, DoubleWood, Single Barrel, Portwood, and the Thirty! I had tasted 3 out of 5 before, but was SUPER excited to try the Thirty. The Thirty had some serious oak influence going on but still maintained the sweetness you come to expect with Balvenie. After our tour, we were brought down the road to Glenfiddich for a quick lunch before heading back to the hotel, passing a TON of distilleries along the way (Macallan, Aberlour, Craigellachie, Glen Grant, and more). It’s amazing how close in proximity they all are. I freshened up a bit before heading downstairs for the official welcome.

As it turns out, there were 6 contest winners chosen and only 4 of us made it out there. The rest of the people were from the media or were William Grant employees from global offices. There was a writer from Wired there and also a reporter for AskMen.com among others. Pretty cool. Everyone got a gift bag with a ton of fun stuff inside, including the standard 5cl sampler of the Glenfiddich core range (12, 15, 18). We also got a limited edition perfume bottle filled with Eau de Robidou, a Glenfiddich “whisky” that can’t officially be called whisky (according to the SWA) because it was aged in a barrel shape that doesn’t meet the requirements (more on that here). We also got some sort of fruit-filled baked goods infused with Glenfiddich 12 that were delicious.

To begin our Summit, there was a nice welcome dinner waiting for us at the distillery. Everyone hopped on a bus or “coach” as they referred to it all week, and we made our way back down to Glenfiddich. Before we ate, however, we had one stop to make nearby. We drove up the hill to an area with a table under a large Glenfiddich tent. We were at the Robbie Dhu spring, water source of Glenfiddich since the distillery was founded. To start the summit, everyone took a dram of Glenfiddich 12 and added Robbie Dhu water to it. A nice symbolic way to get things started. Unfortunately, it was downright freezing outside so we didn’t spend nearly as much time there as they probably hoped. 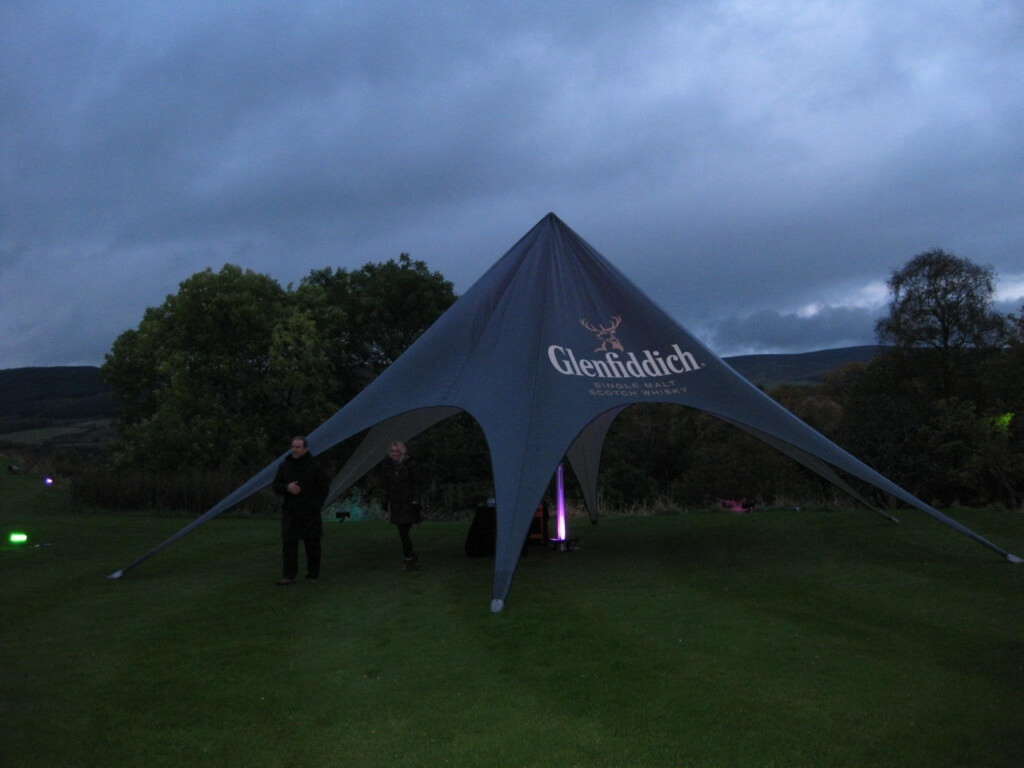 Before we could enjoy our welcome dinner, we were carted up to a hillside and were greeted with this tent.

In any case, we went back down the hill for our welcome dinner. The tables were set and waiting for us when we got there. At the bar, there were plenty of Glencarins filled with Glenfiddich 12 as well as screwdrivers and Hendrick’s and Tonics waiting for everyone. To find your table and seat, one simply had to look for the cracker that had their name LASER-ETCHED into it. As it turned out, I was extra special as I mistakenly had two seats with my name on it. This caused all sorts of seating problems until they figured out that I was supposed to be at the other table. No biggie, and now I can say I’ve had my name laser etched into a cracker twice.

Peter Gordon, (then) Chairman of William Grant & Sons and the great-great grandson of the man himself, welcomed us with a few words before the start of the dinner. The meal for the evening was designed by Experimental Food Artist Caroline Hobkinson and the theme for the night was “Find yourself”. The goal was to get people to think about food and eating in unusual ways. For the entire meal, we had no plates, napkins, silverware, or additives on the table. We were served items like soup in a test tube. When the main course of venison (valley of the dear) came out, they handed out sharpened sticks to eat with. It was VERY interesting! They passed out some Hendrick’s and Tonic popsicles wrapped in frozen cucumber as a palate cleanser. Crazy! 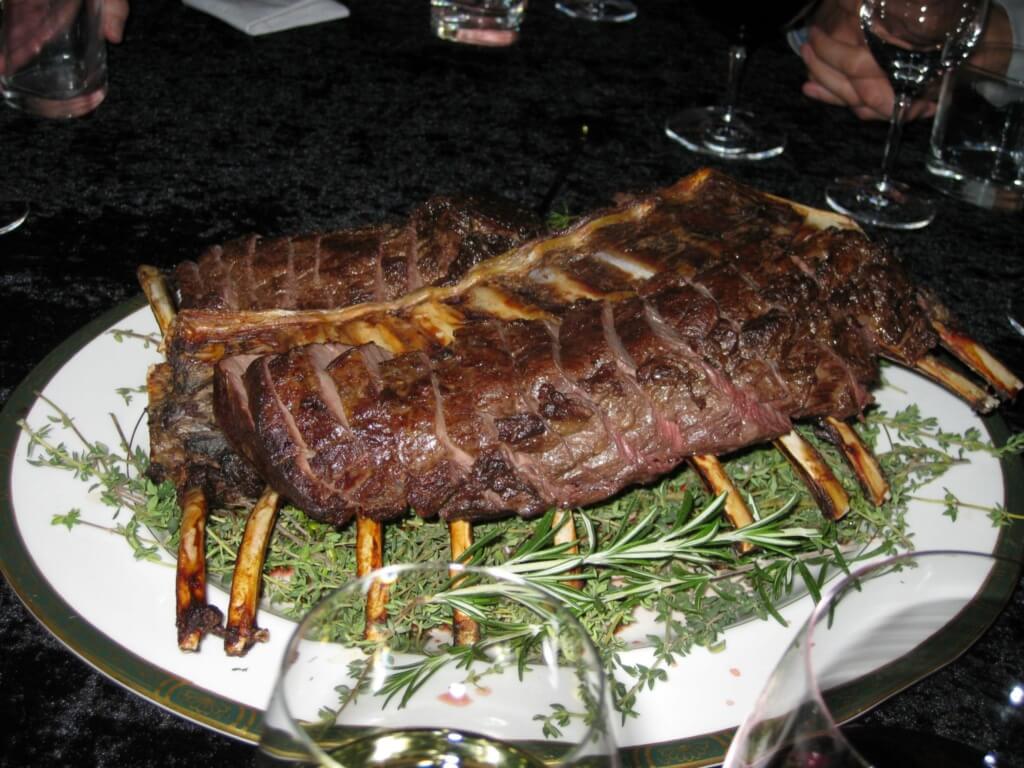 Since Glenfiddich is the valley of the deer, it’s only appropriate that we have delicious venison.

After desert, we were treated to the new Glenfiddich’s Age of Discover Madeira 19 year. It was much richer than the normal Glenfiddich offerings! We then heard from Pen Hadow, the first man to trek from the north coast of Canada to the North Pole alone without the aid of an airdrop resupply. The takeaways from his speech were that you’re your own worst enemy during extreme solo adventures. I also learned that if you get to exactly 90 degrees north latitude (the North Pole), your GPS unit will error out. Good to know! After dinner, we went back to the hotel for a few drinks at the bar. I found it fascinating that Brian Kinsman, the Glenfiddich malt master was drinking his own brand’s 12 year old offering. Modest, huh?

Click here for Part II of the Summit recap.